The story of the micro-elution spin column 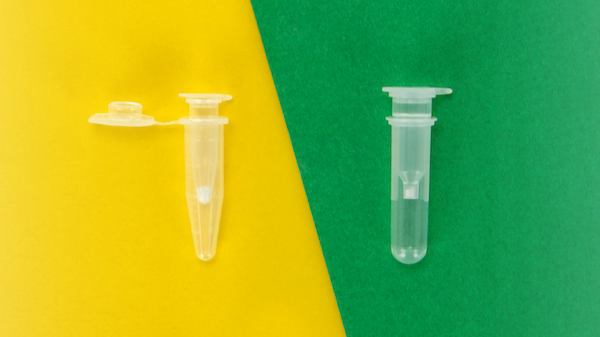 While researching unidentified pathogens, a young virologist became frustrated with conventional methods of nucleic acid clean up. Low concentrations of DNA from large elution volumes hindered his research and took up precious time. One day, he finally had enough of inefficient protocols and products, so he pioneered his own.

With a glass microfiber filter, a micro Eppendorf tube and a hot needle to make holes, the founder of Zymo Research fashioned the first ever micro-elution spin column.

The homemade spin column provided the scientist with very high concentrations of DNA from small elution volumes. The ultra-pure, highly concentrated DNA from the spin column enabled him to reliably sequence DNA directly from PCR without cloning, something that had previously been very inconsistent.

When nearby researchers noticed how efficiently the scientist was working, the spin columns started to disappear from his work station. It was clear that this technology fulfilled a widespread need in the industry, so he decided to make it available to the world. This marked the beginning of the Zymo-Spin Micro-Elution Spin Column.

Zymo Research’s micro-elution spin column technology designated the first wave of DNA purification products launched by Zymo Research and went on to be used in groundbreaking research, including the discovery of the West Nile Virus in North America. Today, the Zymo-Spin technology not only simplifies work at the lab bench, but it enables researchers to make cutting-edge discoveries in various fields all over the world.