PINK1 and PARIS in Parkinson’s 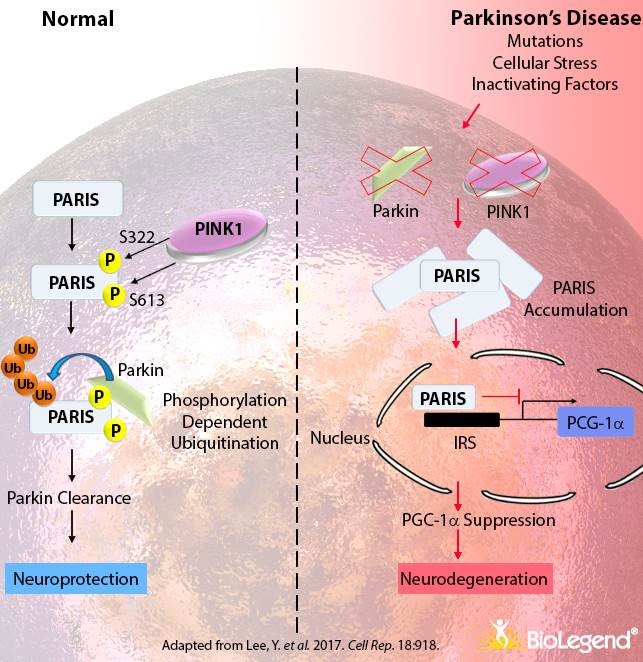 Parkinson’s disease (PD) is one of the most well-known neurodegenerative disorders among the 600+ disorders afflicting the nervous system. Progressive loss of dopaminergic neurons (DAs) in the substantia nigra is a contributing factor in the development of PD. A recent study by Lee et al, has demonstrated that PINK1 and Parkin, two proteins commonly mutated in PD, work collaboratively to regulate the steady-state levels of PARIS to ensure DA neuron survival. Inactivation of PINK1 or Parkin was shown to lead to improper clearance of PARIS, DA neuron loss and neurodegeneration. Learn more about the reagents BioLegend offers to study these integral PD-associated pathways.