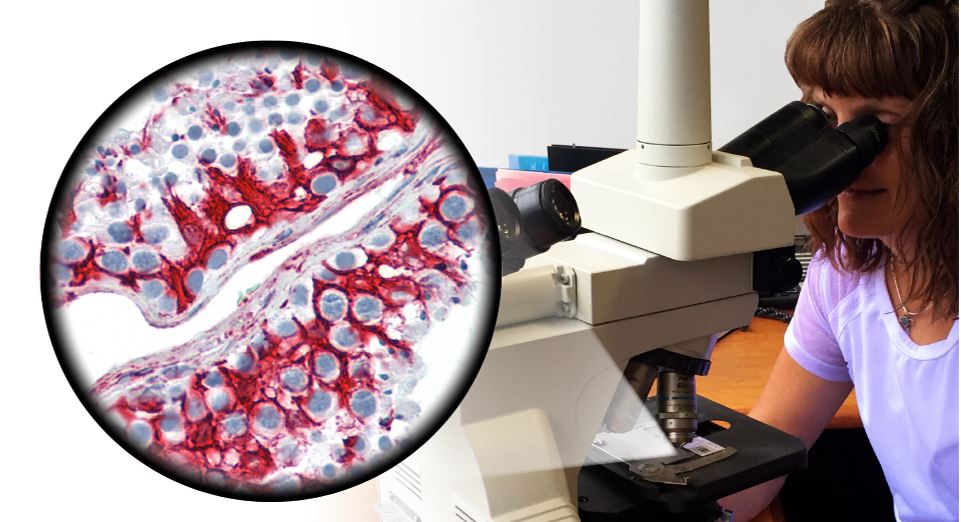 The LSBio PathPlus™ antibodies represent the highest quality reagents available for research pathology applications. This series of reagents were selected from among thousands of antibodies that were tested in immunohistochemistry on formalin-fixed paraffin-embedded (FFPE) tissues to be the best performers. Each antibody has been tested on 21 human tissues, including specialized tissues such as cancers or brain regions, compared to up to 20 different antibodies to that target, and ranked by performance. The antibodies that showed the highest specificity and least nonspecific staining on formalin-fixed paraffin-embedded tissues are now available for your research, designated by the PathPlus™ brand.

The PathPlus™ Cancer Pathology markers are well-established, and most frequently used by anatomic pathologists for identifying and classifying cancer subtypes, determining the origin of tumors of unknown primary, for distinguishing between in situ and invasive lesions, response to specific therapies, or for prognosis and determining the proliferation rate of the tumor. They have highly specific and sensitive staining in immunohistochemistry.

The LSBio PathPlus™ Cancer series of antibodies include both well-established biomarkers of cancer (Cancer Pathology markers) as well as those that are used in asking a broader series of questions about the etiology, subclassification, and pathogenesis of cancer (Cancer Molecular markers). Cancer Molecular markers are those that are used by investigators in research laboratories who are studying novel biomarkers for genomic sub-classification of cancers, or identifying new markers to assist in diagnosis, prognosis, or monitoring for the recurrence of tumors. The Molecular markers also include those that are useful for studying mutation or translocations, cellular proliferation, the immune response to the tumor, apoptosis, or angiogenesis. This broad class of markers assists scientists who are investigating the etiology and pathogenesis of cancer.

The LSBio PathPlus™ Neuro series of antibodies are ideal for immunohistochemistry applications in neuroscience and neurobiology. Whether investigating neural development, neurodegenerative disorders or cancers of neural origin, PathPlus Neuro™ antibodies are guaranteed to perform with the highest specificity and sensitivity.

View all the PathPlus™ products here!