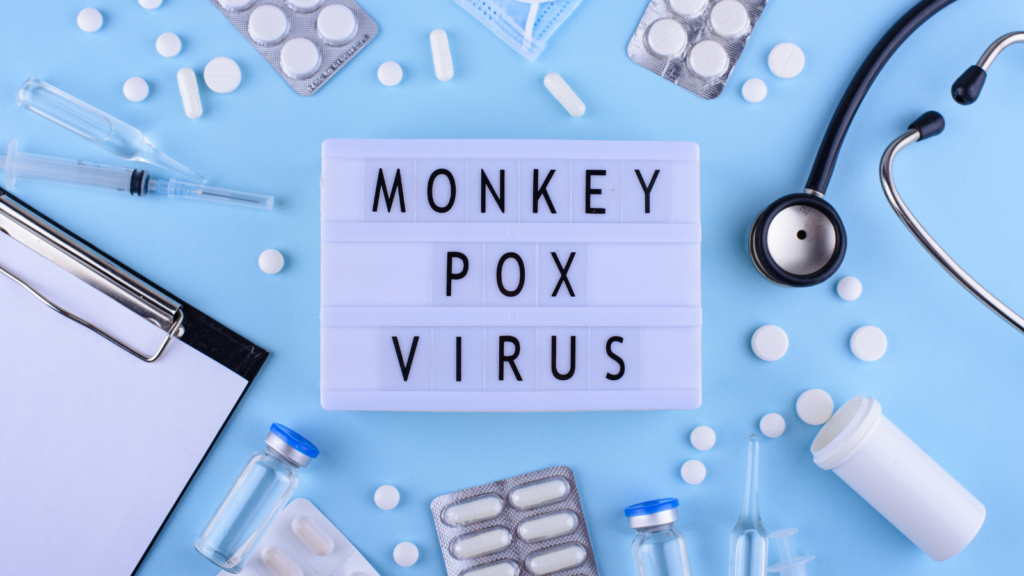 The monkeypox virus that has been reported in mainstream and scientific news is part of the Orthopoxvirus genus that closely resembles smallpox (variola) virus. (1) The genetic code of monkeypox is similar enough to smallpox that known vaccines, such as those developed against the vaccinia virus, as well as anti-viral treatments are found to be effective in dampening its spread and adverse physiological effects. (2)

As reported by Nature on May 28th(3),  the impact on human health is concerning but it is the unusual spread of the disease that is perking curiosity amongst researchers. For decades this virus had been contained to animal populations with limited transmission to humans in Central and Eastern Africa. It has been recently identified to be spreading in humans and in countries around the world where the virus was not previously identified. Epidemiologists are working diligently to determine the causes of the abnormal distribution of the virus.

The poxviruses are interesting research targets. The risk of viruses evolving is always present, and as reported by Nature even small outbreaks (in comparison to the SARS-CoV-2 pandemic) present some risk of a virus mutating. “The monkeypox genome is enormous relative to that of many other viruses — it is more than six times as large as the genome for the SARS-CoV-2 coronavirus. That means they’re at least “six times harder to analyze”, says Rachel Roper, a virologist at East Carolina University in Greenville, North Carolina.” (2) Andrea McCollum, an epidemiologist from the CDC added “All of the new attention on monkeypox has laid bare just how much scientists have yet to understand about the virus, McCollum says. “When this has all settled down, I think we’ll have to think long and hard about where the research priorities are.”