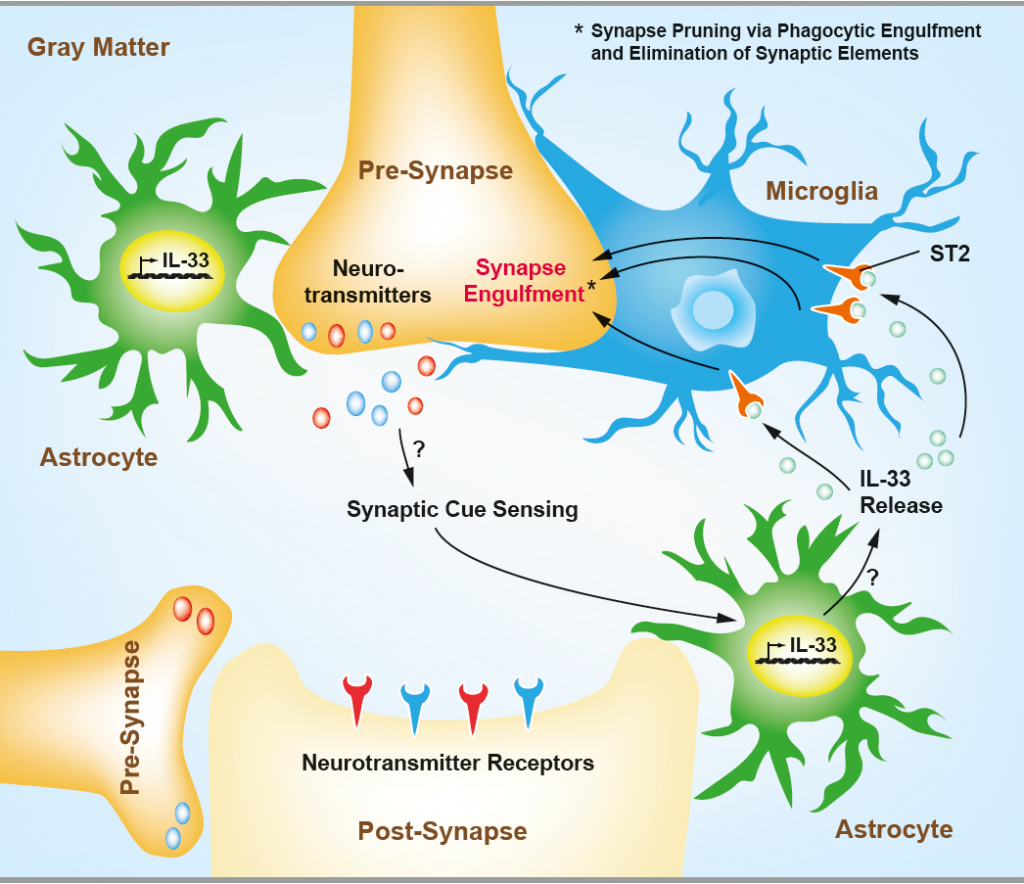 IL-33, a member of the IL-1 cytokine family, is constitutively expressed in fibroblasts, endothelial and epithelial cells exposed to the environment. IL-33 is a nuclear-associated cytokine that is normally released by damaged or necrotic cells acting as an “alarmin”, an immediate indicator of tissue stress. IL-33 signals through ST2 coupled with the co-receptor IL-1 receptor accessory protein (IL-1RAcP). IL-33 is a potent inducer of type 2 immune responses in the contexts of parasite infections and allergic asthma.

New studies have also extended the biology of IL-33 with other functions: i) to induce brown and beige adipocyte thermogenesis and to promote insulin secretion by pancreatic islets; ii) to facilitate Treg proliferation to suppress autoimmunity and potentiate neurological recovery; and iii) to have multiple roles in the brain.

IL-33 is abundantly expressed in specific regions of brain and spinal cord, mediates the interaction between immune, endothelial and CNS (central nervous system) resident cells and plays a key role in the development and homeostasis of the CNS. Astrocytes are the primary source of local IL-33 that stimulates synapse elimination by microglia during early CNS development (see FIGURE 1). Deletion of IL-33 in astrocytes leads to abnormal synaptic connections. IL-33 is involved in the neuroinflammation of many neurological diseases such as Alzheimer’s disease (AD) and multiple sclerosis (MS).

Different studies suggest that IL-33 is involved in the myelination process during the CNS development and also likely the repair phase in demyelinating diseases such as MS and that IL-33 plays a critical role in the maintenance and repair of aging and stressed neurons during AD.