Welcome to the 1st article in our brand new series about epigenetics.

If you are starting out in the field for the first time and want to get familiar with what epigenetics is about, what questions epigenetic studies can answer and how epigenetics is investigated then you’ve come to the right place!

In this first post, we describe what epigenetics is, how it differs to genetics, and we provide an overview of the various types of epigenetic modifications that may occur.

So What is Epigenetics Anyway?

In a nutshell, epigenetics is the study of heritable changes in gene function that are not associated with any change to the genome sequence.

While genetics as a field concerns the study of genes and how changes in genome sequence can lead to heritable and irreversible phenotypes, epigenetics addresses how phenotypic changes are brought about by the controlled activation or deactivation of genes without any change to the underlying code.

Historically, epigenetics was linked with the study of evolution and development and the term was used loosely to describe at that time poorly understood processes by which fertilised zygotes develop into mature, complex organisms. Advances in research and technologies that allow us to dissect molecular mechanisms inside cells has catalysed the evolution of epigenetics as a modern and dynamic field that seeks to answer complex questions and find solutions within basic research, disease, diagnostics and therapeutics. 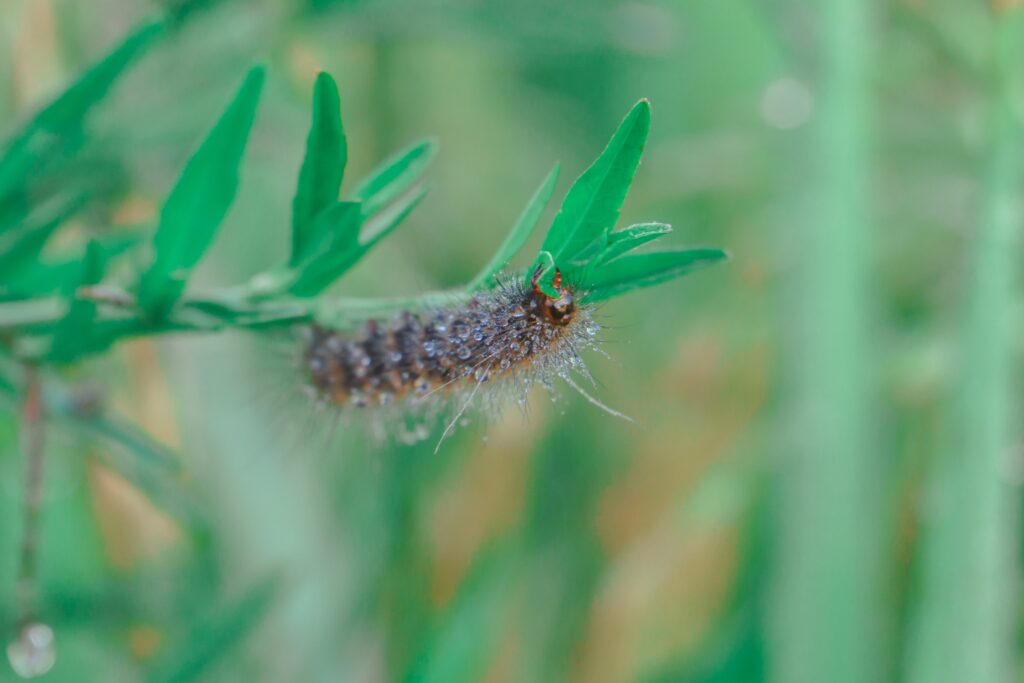 A fantastic example of epigenetics in action is the metamorphosis of a caterpillar into a butterfly. A butterfly contains the same genome as the caterpillar from which it develops. Epigenetics ensures the expression of the right genes at the right time during metamorphosis, by activating some genes and silencing others in a controlled manner.

How Do Epigenetic Changes Occur?

The word epigenetics stems from the Greek word ἐπι (Epi) which means “over, outside of, around”, and this is quite fitting since epigenetics occurs through features that occur “on top of” or “in addition to” the traditional genetic basis for inheritance.

Epigenetic changes occur through several routes: DNA and RNA methylation, histone modifications, and the expression of micro-RNAs. We will come back to these throughout the series but for now let’s take a look at how chromosomes, which contain genomic DNA, are organised or packaged inside nuclei, as this is key to understanding the basis principle of epigenetics.

Chromosomal DNA is packaged inside the nucleus with the aid of histones. Histones are positively-charged proteins that strongly bind to negatively-charged DNA molecules and form complexes called nucleosomes.

Each nucleosome is composed of a stretch of DNA that is wound exactly 1.65 times around eight histone proteins. Nucleosomes fold into chromatin fibers in a fashion that resembles beads on a string, and these are further compressed and folded to produce a 250 nm-wide fiber, which is tightly coiled into the chromatid of a chromosome. 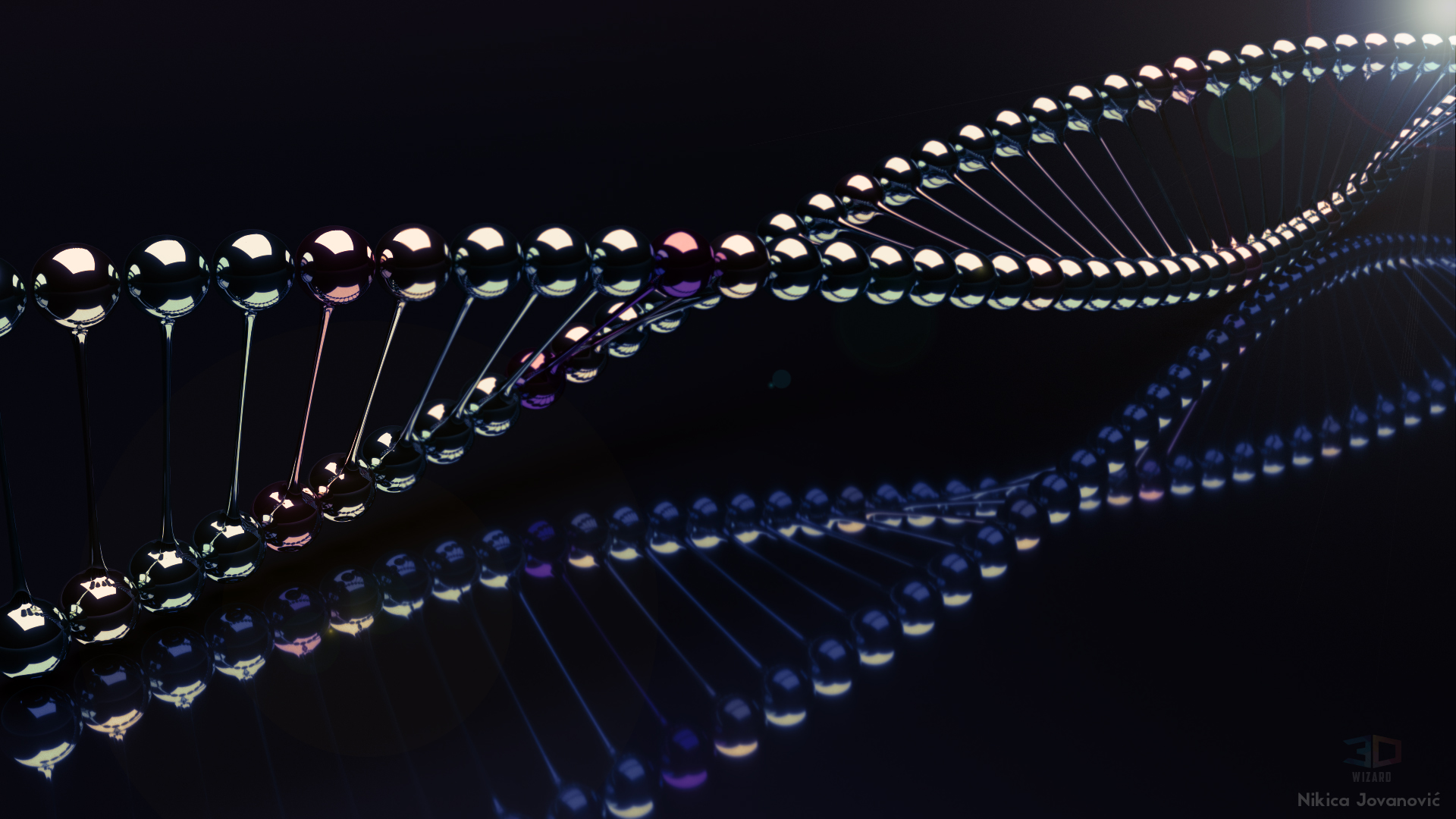 But how does all of that relate to epigenetics? In simple terms, DNA that is tightly wrapped around histones cannot be transcribed because it cannot be accessed by transcription machinery, and such sequences/genes will therefore appear silent.

Repeated Packaging and Unpackaging of DNA

Throughout the embryogenesis and life of any organism, the repeated turning on and off of genes – by unpackaging and repackaging of genomic DNA – in a coordinated and regulated manner facilitates the differential gene expression that allows the differentiation of cell types, organs, and body systems with the same genetic code but with distinct functions, all from a single cell – a fertilised egg.

Epigenetics changes are triggered by a wide range of factors, including age, environmental factors, e.g., use of drugs, diet, exercise, and exposure to chemicals, disease, as well as behavioural and psychological factors including mood, stress, depression, anxiety and others.

Epigenetic changes are also implicated in disease, and research in recent years has highlighted the significance of epigenetics in many human cancers. The factors that influence epigenetics is a huge field of research by itself that will not be dealt with further in this series, but you will find some interesting literature in this collection of landmark reviews on epigenetics and transcription.

Many Types of Epigenetics Changes

This involves the addition of a methyl group to a base, most often the 5th carbon of a cytosine. DNA methylation is by far the most intensively studied of the epigenetic modifications. Methylation on the 5th carbon of cytosine is referred to as 5-methylcytosine (5-mC) in the scientific literature.

5-mC has a silencing effect on the methylated region, and in general the higher the level of methylation on a given gene sequence, the lower the expression level of that gene. A related modification is 5-hydroxymethylcytosine (5-hmC) – which has gained much attention in recent years but is not yet fully understood – that may function as an intermediate mark that together with other processes leads to active cytosine demethylation, thereby switching a previously methylated region on again.

The addition of a methyl group to a cytosine is catalysed by DNA methyltransferases (DNMTs) using S-adenosylmethionine (SAM) as a substrate. SAM is the main methylating agent present in mammals, and it is derived from the methionine cycle. Another class of enzymes, the Tet Methylcytosine Dioxygenases (TET), mediate the oxidation of methylated cytosine in DNA to form 5hmC.

DNA methylation is important during embryonic development, X-chromosome inactivation*, and genomic imprinting**, it continues throughout life, and it is influenced by aging, environmental exposures, lifestyle choices and disease.

*X-chromosome inactivation is a process that occurs during early embryogenesis whereby one of the X chromosomes in females is silenced to equalise X dosage between XY males and XX females.

**Genomic imprinting is a gene-marking phenomenon that occurs in the germline and results in maternal or paternal-specific expression of a select subset of genes in mammals. Genomic imprinting is an important aspect of normal mammalian development, but since imprinting of a gene renders the organism phenotypically haploid for that gene, mutations in the expressed gene can lead to disease.

RNA methylation is a reversible post-translational modification that occurs in many different RNA species including mRNA, tRNA, rRNA, tmRNA, snRNA, snoRNA, miRNA, and viral RNA.
RNA methylation is catalysed by RNA methyltransferases, with N6-methyladenosine (m6A) and 5-methylcytosine (5-mC) being the most abundant and commonly studied marks. m6A alone accounts for 80% of all RNA methylation in eukaryotes and is sometimes referred to as the “fifth RNA base”, with broad roles in regulating embryonic development and cell fates.
Research indicates that RNA methylation influences the regulation of numerous biological processes such as RNA stability and mRNA translation, and abnormal RNA methylation is implicated in many human disease including cancers.

There are five major types of histones (H) that together comprise 9 distinct histones H1-H5, H2A, H2B, H3, and H4. The major epigenetic modifications occur on H3 and H4. These modifications include the addition of methyl, acetyl, phosphate or ubiquitin moieties to fixed amino acid residues present in the tails of the histone protein sequences. 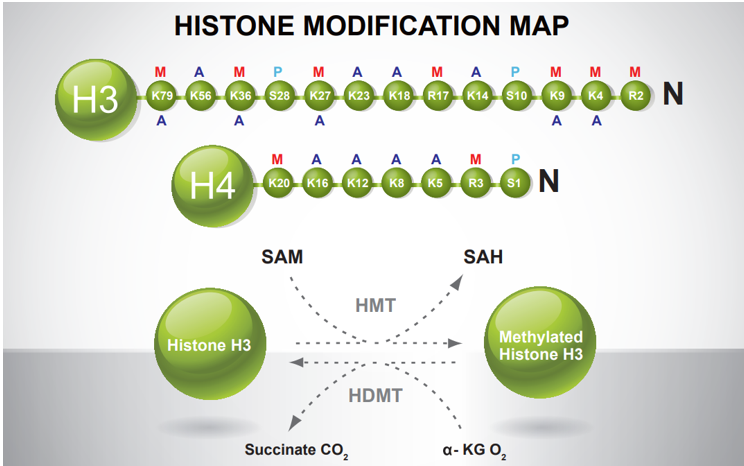 In the next 3 articles we will take you through the various approaches to studying epigenetics.

There are many ways to analyse epigenetic modifications, so to simplify what may seem daunting at first, we will break this task down according to the molecule that is to be analysed i.e. RNA, DNA, histone, chromatin, enzymes or transcription factors involved in mediating epigenetic modifications, or the overall goal of the analysis i.e. whether the aim is look at global or locus-specific epigenetic changes.

In the next piece, we will look at the methods used to study DNA and RNA methylation. Stay tuned!

Do not forget to read the latest Blogpost and News in our Science Hub. Click the button below!