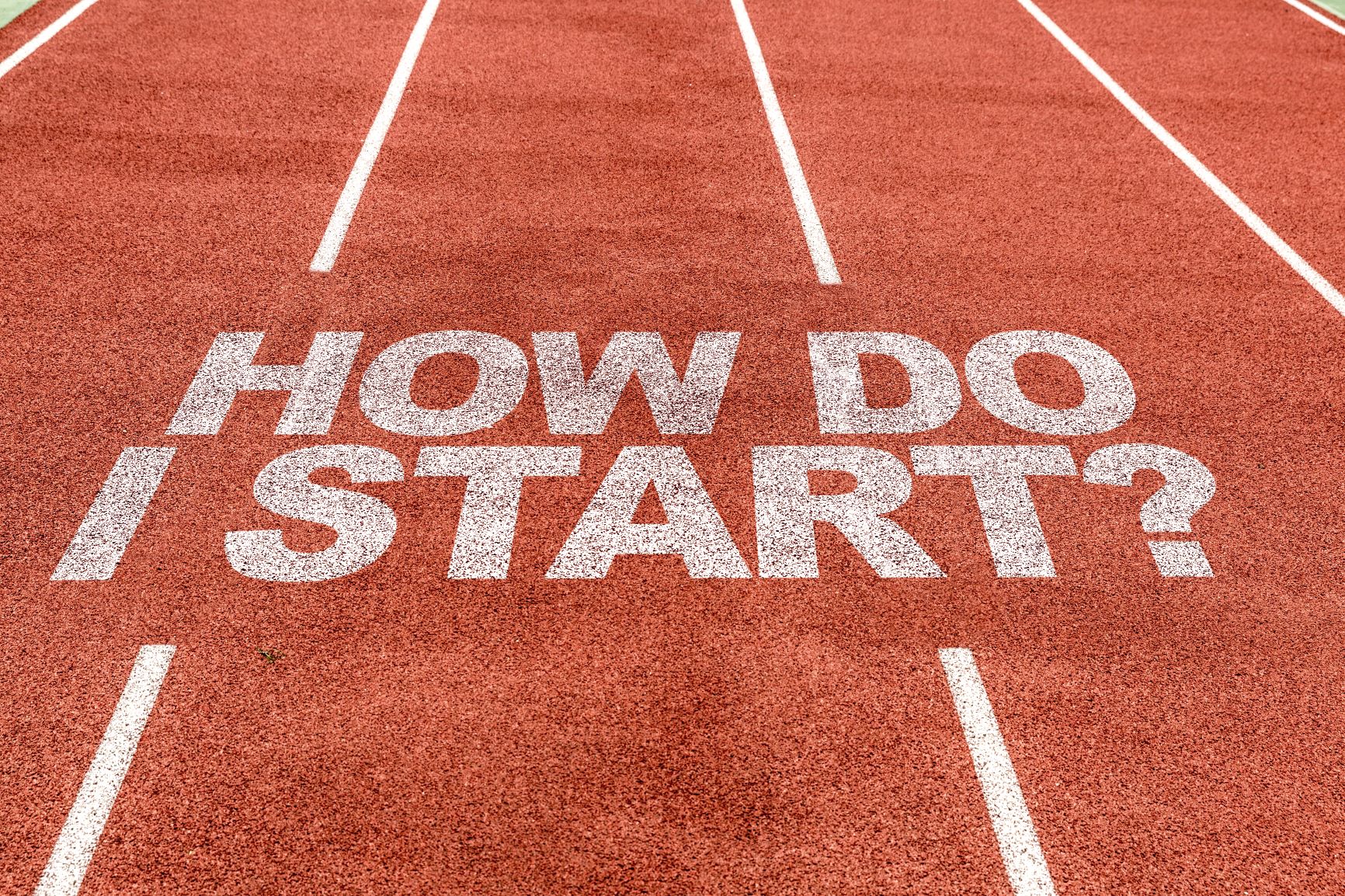 Antibodies are widely used in research for a plethora of applications, such as:

Whatever your application, you will notice that isotype information is always provided on the datasheet for the antibody you are using.

What is an Isotype?

Let’s take a quick recap on antibody structure. Antibodies (also known as immunoglobulins) are composed of two types of protein chains – heavy and light. Each immunoglobulin (Ig) molecule is composed of two heavy (blue) and two light (orange) chains that are joined by disulfide bonds, such that each heavy chain is linked to a light chain and the two heavy chains are linked together (Figure 1). 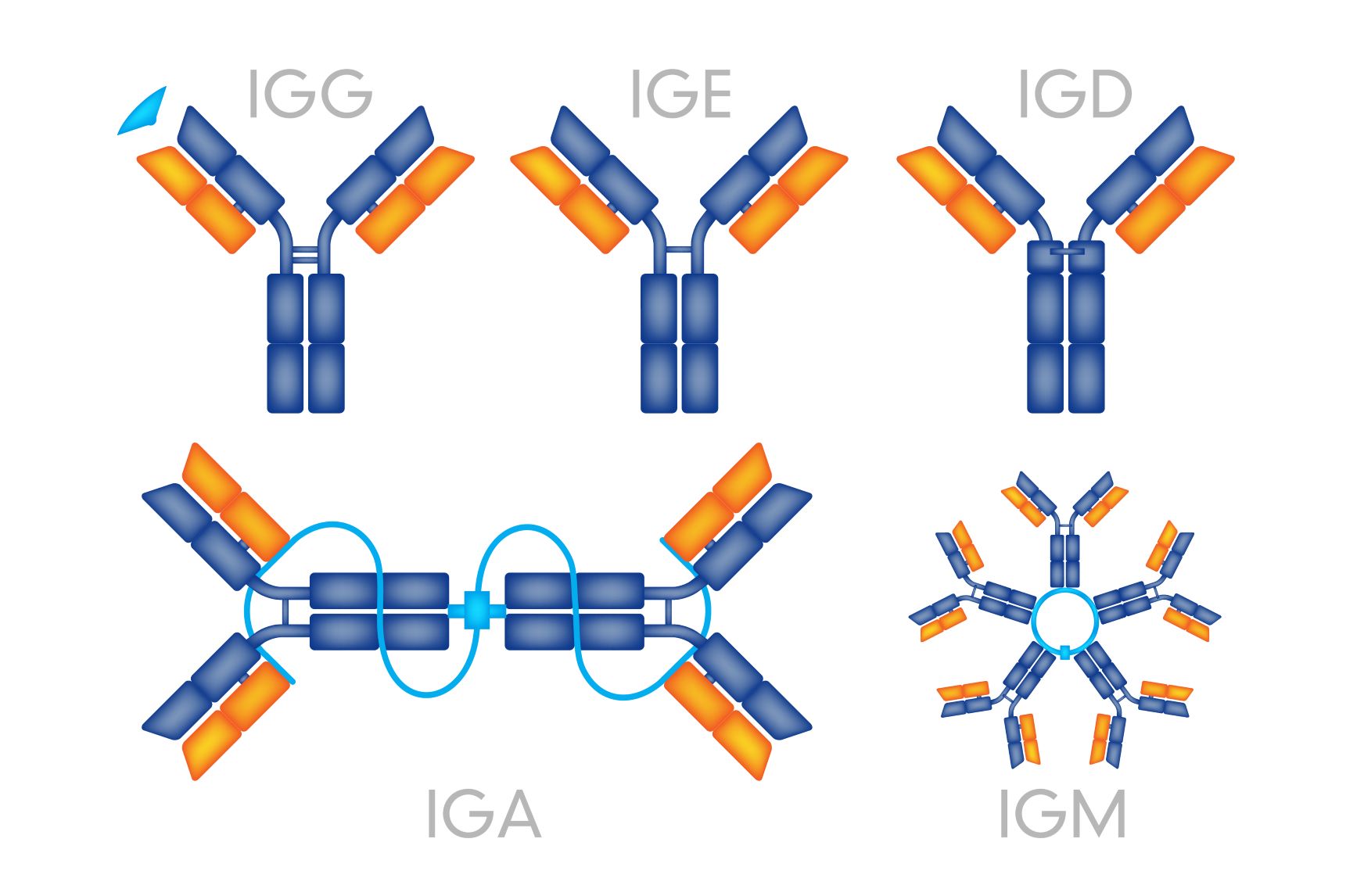 In mammals, heavy chains comprise five different classes, or isotypes. These are: Immunoglobulin M (IgM), IgA, IgD, IgG and IgE. These isotypes differ in their biological functions and physiological locations, and in general they are adapted to deal with different antigens at distinct times during an immunological response or infection.

The five heavy chains are denoted by the Greek letters μ (IgM), α (IgA), δ (IgD), γ (IgG), and ε (IgE). Of these isotypes, IgG is the most abundant physiologically, and consists of several subgroups.

What Is an Isotype Control?

An isotype control is an antibody that lacks the ability to bind specifically to the target/antigen of interest, but matches the other properties of the primary antibody in use. Isotype controls are used as negative controls in place of primary antibodies, in order to determine the contribution of non-specific background to staining results, and to distinguish specific and non-specific antibody staining. Background staining refers to signal detection in the absence of a specific antibody-antigen interaction.

Isotype controls are most commonly employed in flow cytometry and IHC because of the high likelihood for background staining in these applications. However, they can be used in any setup where background staining interferes with the interpretation of experimental results. In addition, they may also be used as blocking reagents in the aforementioned assays, as well as other immunoassay formats, for example, western blotting and ELISA.

Although background staining is often tissue-type dependent, it can generally be attributed to three main factors. The contribution of each of these factors will also depend on the isotype in question.

Fc receptors are found on the surfaces on many cell types, and they play a role in stimulating cells of the immune system during infection. Some antibodies, such as mouse antibodies of the IgG2a isotype (2a is a subclass), will bind strongly to the Fc receptors present on some human leukocytes independently of the specificity of the primary antibody. When working with such primary antibodies, it is therefore imperative to use a mouse IgG2a isotype control to monitor background staining.

Some biological structures, for example, mitochondria, emit light naturally upon absorption, which may lead to background signal detection.

Antibodies may bind to non-target proteins, as well as lipids, carbohydrates, and other cellular molecules. The extent depends on sample type, but since it is impossible to predict unspecific binding in a primary antibody, isotype controls are clearly an extremely important tool. 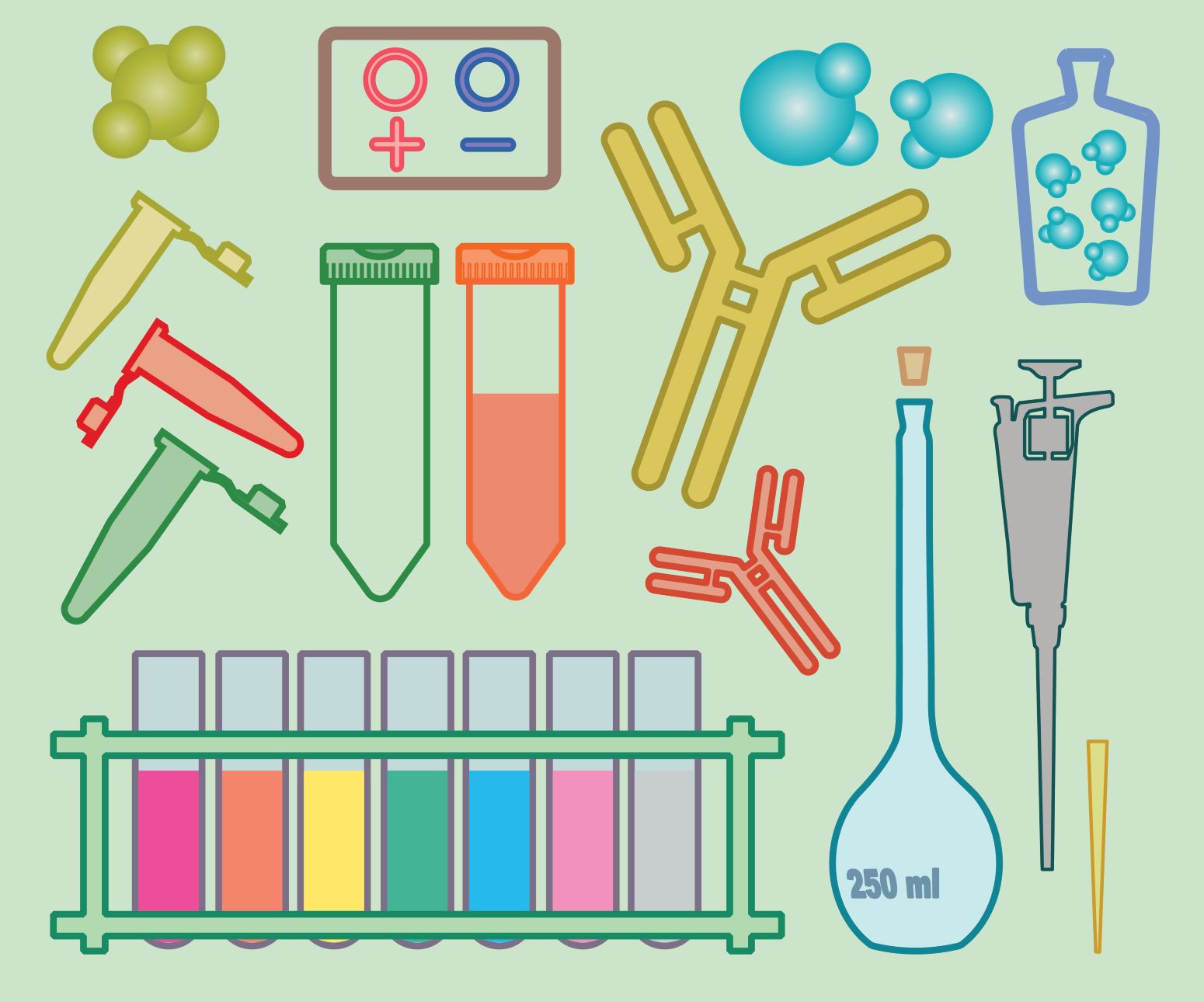 How To Choose an Isotype Control

As a general rule of thumb, try to match the following properties with the primary antibody:

Besides choosing isotype controls with matching properties to your primary antibody, it is also imperative that you use exactly the same testing conditions when making comparisons, for example, antibody concentration, incubation times and temperatures, blocking and washing conditions, and detection methods, must be identical.

When analyzing your results, compare the signal intensities that you observed from the primary antibody with the isotype control, where both samples were run under exactly the same experimental conditions.

Still Not Sure – Get in Touch!

We hope that this beginner’s guide to isotype controls was useful. If you have a tricky experimental setup or cannot find the right isotype control, just get in touch with us at info@nordicbiosite.com and we will help you on your way!