7 things to consider before using the Immunofluorescence technique 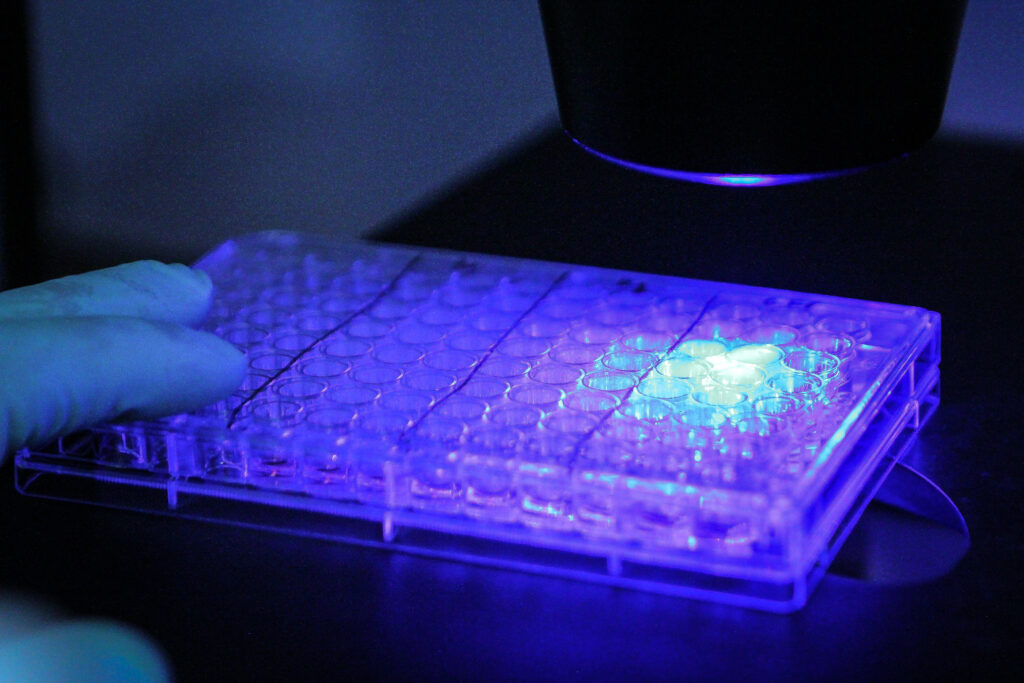 Immunofluorescence (IF) technique as the name suggest is the use of antibodies to target and visualize protein in microbiological samples, cells and tissues. Knowledge of protein localization is important to understand their cellular function that together with other immunological and molecular biological assays provides information in terms of health and disease.

Researchers use various approaches to localize and visualize their target of interest. One method is to tag or couple the protein with any fluorescent moiety like GFP, RFP, mCherry  etc. However, the disadvantage of using tags as compared to antibody-based imaging is that, while tagging the target of interest, one could potentially alter or affect the protein folding and stability and ultimately leading to a non-functional protein. This problem is over-ruled with the use of specific and validated antibodies. Employing antibodies for protein localization studies avoids the use of tagged proteins instead uses primary antibodies (tagged or untagged) targeted towards the target of interest in the sample. Following this, a secondary antibody tagged with a fluorophore or enzymatic tag is used against the primary antibody bound to the target protein and is visualized under fluorescent microscope.

Is the target of interest expressed in the samples?

Is the antibody validated?

You can read more about antibody validation here.

There are multiple things one should keep in mind while choosing primary antibody.

Is the antigenic sequence used to generate the primary antibody present in the target?

Choose the correct host species that suits your application.

The host species in which the antibody is raised should be different to the sample that the researcher is working with to avoid cross-reactivity of secondary antibody to the endogenous immunoglobulins in the researcher’s sample.

The selection of the correct antibody depends on researchers need. There is no one size fits all kind of answer here. In short, monoclonal antibodies (mAb) and polyclonal antibodies (pAb) are made by immunizing animals however the difference lies in their production and mode of action. mAbs as the name suggest is a homogenous population of antibodies that is generated by the same clone of B cells and is highly specific towards a single epitope in the protein (or antigen). On the other hand, pAbs include a heterogenous population of antibodies generated by different clone of B cells targeting a specific protein (or antigen) but with affinity towards more than one region (epitope) in the protein. Depending on the need, researcher can opt for either mAb or pAb. For example, if the protein under study is not novel then it is recommended to use mAb and if it is a novel protein or less understood protein it is suggested to use pAb as it will identify multiple regions in the protein shedding lights on the different forms of the protein. pAb offers a higher affinity to the antigen (protein) as compared to mAb. However, due to the fact that it identifies multiple epitope it could lead to higher cross-reactivity as compared to mAb. Moreover, pAb have a higher batch-batch variability as compared to mAb. Taken together, researcher should consider all this pros and cons before selecting antibodies.

Read more about rAb in our previous blog posts, here’s Part 1 and Part 2.

Antibodies are targeted to a specific region or sequence in the target protein called as the epitope. It is important to know the epitope region  in the protein, is it near the N-terminus or C-terminus or is it in the middle? Is it accessible or is it hidden in the protein fold? Do one need to have or change the sample pre-processing?

Do you expect to see multi-localizing proteins?

One should not get surprised if you see the target proteins at different location in the cells. Sometimes while doing IF, researchers identify multi-localizing protein that paves way to more understanding of its cellular function. For example, a protein can be localized exclusively to one compartment in the cell or it could be at more than one location shedding light on its cellular function.  IF is a great tool to identify these changes in real time that when combined with other immunological and molecular biology assays can confirm the finding.

Do you plan to do a colocalizing experiment?

Yet another interesting application of IF is to identify co-localizing proteins. This method provides evidence of proteins that might be participating in biological process together thereby shedding more lights into cellular function. In-order to perform co-localizing experiment, it is important to make sure that the primary antibodies targeting the specific protein are raised in different species to ensure that the secondary antibody do not cross-react.

That’s it for now. You can read about all the available antibodies for IF in our portfolio below.